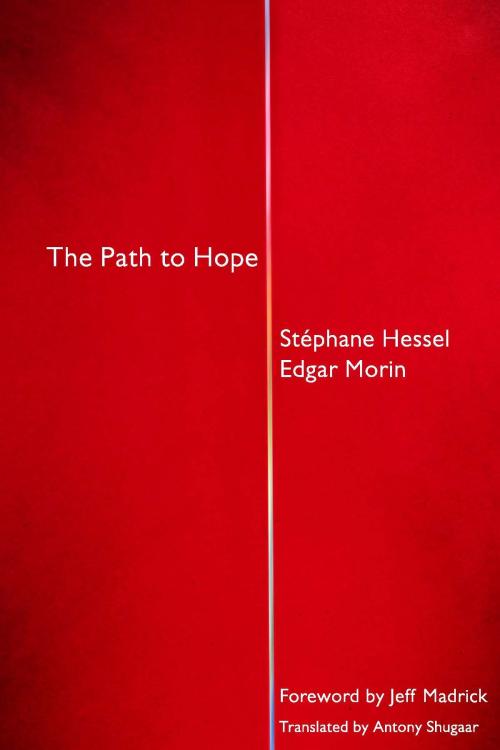 An incisive political tract that calls for a return to humanist values: equality, liberty, a return to community, mutual respect, freedom from poverty, and an end to theocracy and fundamentalism. The authors argue that a return to these values constitutes “a path to hope,” leading the way out of the present worldwide malaise brought on by economic collapse, moral failure, and an ignorance of history.

For the authors, 20th-century fascism was no mere abstraction—it was a brutal system brought on by a similar malaise, a system they fought against. The uncertainly of our current political moment gives their book special urgency.

The Path to Hope is written by two esteemed French thinkers—Stephane Hessel, editor of the 1948 Universal Declaration of Human Rights, and renowned philosopher and sociologist Edgar Morin. Their writings have become bestsellers throughout Europe, and have also become foundational documents underpinning the worldwide protest movement.