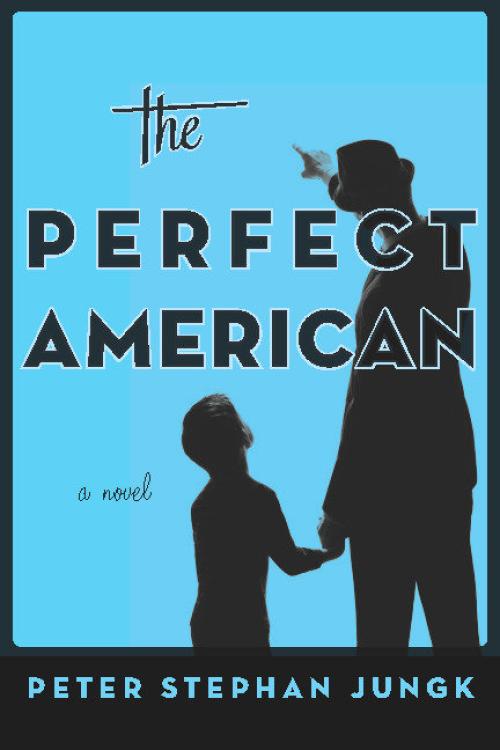 The Perfect American is a fictionalized biography of Walt Disney’s final months, as narrated by Wilhelm Dantine, an Austrian cartoonist who worked for Disney in the 40s and 50s, illustrating sequences for Sleeping Beauty. It is also the story of Dantine himself, who desperately seeks Disney’s recognition at the risk of his own ruin.

Peter Stephan Jungk has infused a new energy into the genre of fictionalized biography. Dantine, imbued with a sense of European superiority, first refuses to submit to Disney’s rule, but is nevertheless fascinated by the childlike omnipotence of a man who identifies with Mickey Mouse. We discover Walt’s delusions of immortality via cryogenic preservation, his tirades alongside his Abraham Lincoln talking robot, his invitation of Nikita Khruschev to Disneyland once he learns that the Soviet Premier wants to visit the park, his utopian visions of his EPCOT project, and his backyard labyrinth of toy trains. Yet, if at first Walt seems to have a magic wand granting him all his wishes, we soon discover that he is as tortured as the man who tells his story.

After Disney refuses to acknowledge Dantine’s self-professed talent and hard work, he fires the frustrated cartoonist for writing, along with other staff members, an anonymous polemical memorandum regarding Disney’s jingoistic politics. Years later, in the late 60s, still deeply wounded by his dismissal, Dantine follows Disney’s trail to capture what makes Walt tick. Dantine wants us to grasp what it is like to live and breathe around the man who thought of himself as more famous than Santa Claus. Walt’s wife Lillian, his confidante and perhaps his mistress Hazel, his brother Roy, his children Diane and Sharon, his close and ill-treated collaborators, and famous figures such as Peter Ustinov, Salvador Dali, Andy Warhol, and Geraldine Chaplin, all contribute to the novel’s animation, its feel for the life of the Disney world.

This deeply researched work not only provides interesting interpretations of what made Walt Disney a central figure in American popular culture, but also explores the complex expectations of gifted European immigrants who came to the United States after World War II with preconceived notions of how to achieve the American dream.