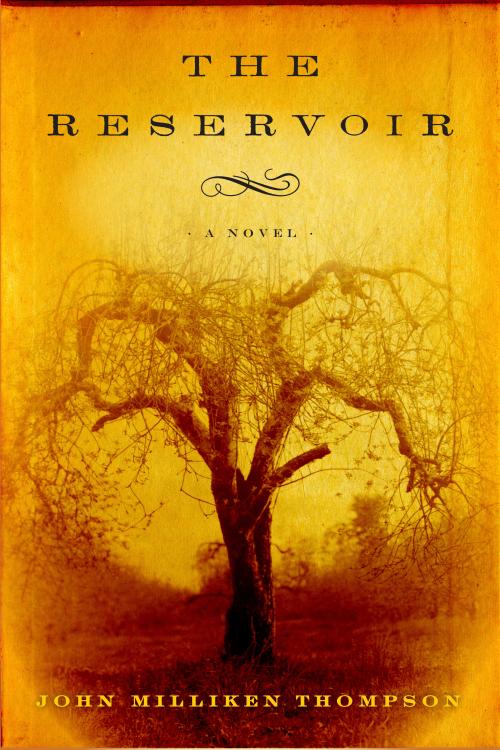 On March 14, 1885, a body is floating in the old Marshall Reservoir, in a light snow, and then under a waxing moon.
In the morning the superintendent of the reservoir, Lysander Meade, discovers a furrowed place on the walkway that he does not remember seeing the night before. Someone has crawled through the fence again—early in the year for youngsters to be out cavorting at night. He glances down toward the water and sees what appears to be a dress. It’s floating along the edge of the water, where the embankment slopes down to a picket fence. He’s seen a lot of oddities in his years—rubber condoms and smutty books and the occasional sack of puppies—but never a dress. He tries to imagine the scene. Mighty cold last night for such carryings-on. Except now he sees it isn’t just a dress, but a whole person. A woman. And a dead one at that, or what appears to be. Never has he found a dead woman, nor man neither for that matter.
So down he goes for a better look. Who would not want to see a dead woman? Could she be something to look at? Could she be a fine looking lady, or might she be one of your more common sorts? Mr. Lucas comes up from the pump house where he has been repairing a stopcock, and helps Mr. Meade with his speculations. They stand there together, Lucas a head taller, loose-limbed and slack-jawed, with stick-out ears, while Meade, wearing thick eyeglasses, bends rigidly forward at the waist, his navy jacket stretching across his back, his neat mustaches crinkling as he sniffs the air. All they can make out at first is a gray wool dress with flounces at the bottom and hair hanging like dark weeds about her head. “The grappling hook’s the thing,” Mr. Meade says.
Mr. Lucas comes back presently, hook at the ready. But now Mr. Meade is not so sure. He nudges the body closer to the shore. Then he stops and yells. “Hello, ma’am? Hello, miss? Hello?”
“I expect you’ll have to yell louder than that,” Mr. Lucas suggests.