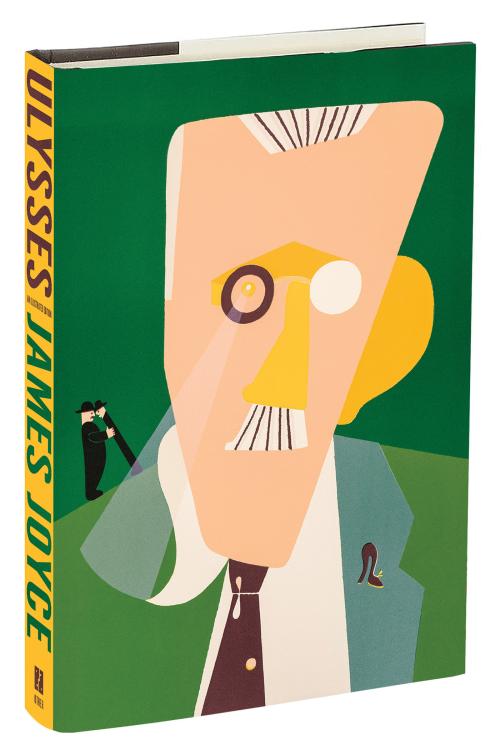 The neo-figurative artist Eduardo Arroyo (1937–2018), regarded today as one of the greatest Spanish painters of his generation, dreamed of illustrating James Joyce’s Ulysses. Although he began work on the project in 1989, it was never published during his lifetime: Stephen James Joyce, Joyce’s grandson and the infamously protective executor of his estate, refused to allow it, arguing that his grandfather would never have wanted the novel illustrated. In fact, a limited run appeared in 1935 with lithographs by Henri Matisse, which reportedly infuriated Joyce when he realized that Matisse, not having actually read the book, had merely depicted scenes from Homer’s Odyssey.

Now available for the first time in English, this unique edition of the classic novel features three hundred images created by Arroyo—vibrant, eclectic drawings, paintings, and collages that reflect and amplify the energy of Joyce’s writing.