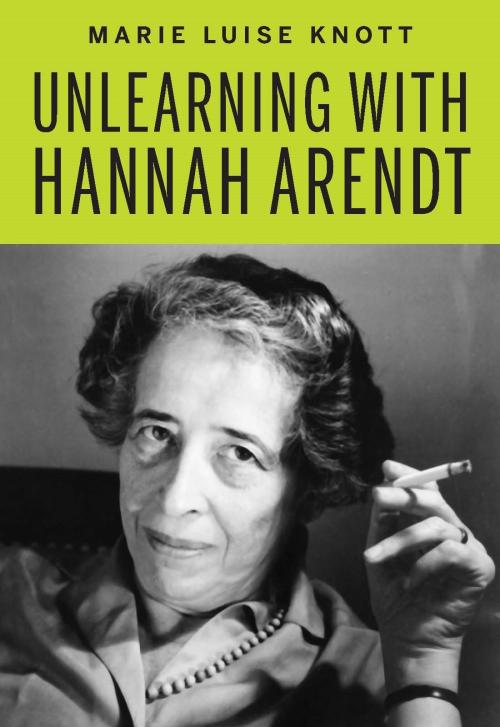 Short-listed for the Tractatus Essay Prize, an examination of the innovative strategies Arendt used to achieve intellectual freedom

After observing the trial of Adolf Eichmann, Hannah Arendt articulated her controversial concept of the “banality of evil,” thereby posing one of the most chilling and divisive moral questions of the twentieth century: How can genocidal acts be carried out by non-psychopathic people? By revealing the full complexity of the trial with reasoning that defied prevailing attitudes, Arendt became the object of severe and often slanderous criticism, losing some of her closest friends as well as being labeled a “self-hating Jew.” And while her theories have continued to draw innumerable opponents, Arendt’s work remains an invaluable resource for those seeking greater insight into the more problematic aspects of human nature.

Anchoring its discussion in the themes of translation, forgiveness, dramatization, and even laughter, Unlearning with Hannah Arendt explores the ways in which this iconic political theorist “unlearned” recognized trends and patterns—both philosophical and cultural—to establish a theoretical praxis all her own. Through an analysis of the social context and intellectual influences—Karl Jaspers, Walter Benjamin, and Martin Heidegger—that helped shape Arendt’s process, Knott has formed a historically engaged and incisive contribution to Arendt’s legacy.