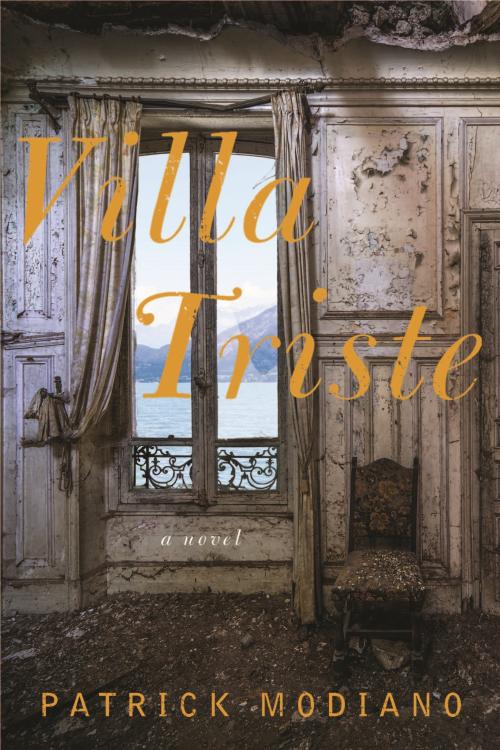 This novel by Nobel Prize–winning author Patrick Modiano is one of the most seductive and accessible in his oeuvre: the story of a man’s memories of fleeing responsibility, finding love, and searching for meaning in an uncertain world

The narrator of Villa Triste, an anxious, roving, stateless young man of eighteen, arrives in a small French lakeside town near Switzerland in the early 1960s. He is fleeing the atmosphere of menace he feels around him and the fear that grips him. Fear of war? Of imminent catastrophe? Of others? Whatever it may be, the proximity of Switzerland, to which he plans to run at the first sign of danger, gives him temporary reassurance.
The young man hides among the other summer visitors until he meets a beautiful young actress named Yvonne Jacquet, and a strange doctor, René Meinthe. These two invite him into their world of soirees and late-night debauchery. But when real life beckons once again, he finds no sympathy from his new companions.
Modiano has written a haunting novel that captures lost youth, the search for identity, and ultimately, the fleetingness of time.