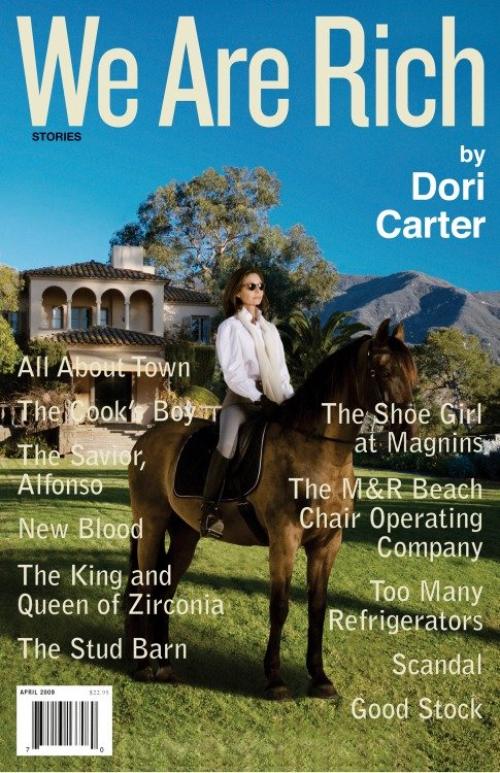 The little, leafy town of Rancho Esperanza has been a perfect place to live for over a century–a bastion of good, solid, Anglo-Saxon, Republican money. These founding fathers built their gracious estates and country club and fondly called their town, “Ohio by the Sea.” There was only one traffic light and time seemed to stop at the freeway off ramp. Then came the Clinton years and the invasion of the New American Ruling Class: New York hedge fund managers, Hollywood producers, and Silicon Valley billionaires. Almost overnight, real estate prices quadruple, horse pastures vanish, tuna tartare and arugula appear on every menu, and a Democratic congresswoman is elected by a landslide. The Old Guard aristocrats of yesterday are now irrelevant and the only power they have is keeping the Kornblatts out of their country club. Twelve characters with distinctly different voices tell their tales of lust and longing spanning the years from World War II to the present–each story a piece of the jigsaw puzzle. The pieces all fit together until the secrets and lies, guarded for generations, are revealed, changing everything we thought was true about Rancho Esperanza and the people who live there.

Written as a novel in stories, Dori Carter’s social satire gets into the hearts and souls of her characters, and presents a fresh look at our attitudes toward money and the ever-shifting nature of status in America.