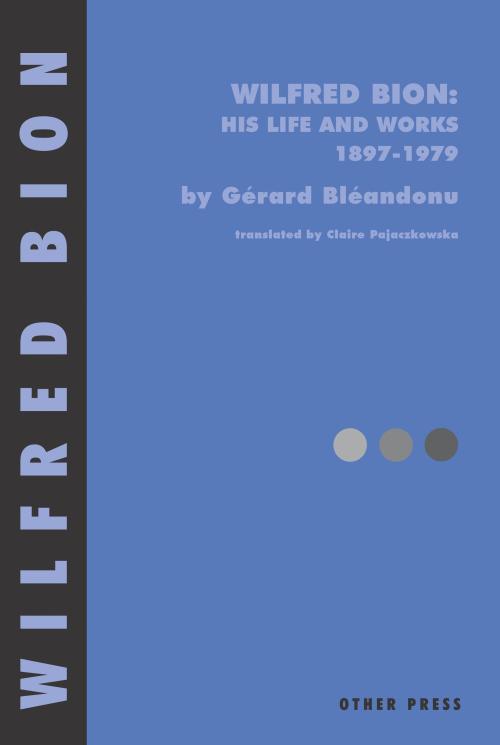 Wilfred Bion was one of the most original and influential thinkers in recent psychoanalysis. His ideas, which can be traced in direct line in the development of psychoanalytic theory from Freud to Melanie Klein, are difficult to grasp because his writing style was often enigmatic and ambiguous. This is the first full biography and the first comprehensive explication of his significant contribution to psychoanalytic theory and practice.

Dr. Bleandonu takes us through Bion’s personal and intellectual explorations and gives clear accounts of his key concepts, including work groups and basic assumption groups, psychotic processes, catastrophic change, abandonment of memory and desire, the mystic, and ultimate truth. In addition, the grid is carefully laid out and explicated; the emergence of the idea of links, and attacks on them, as a core theme for the rest of Bion’s working life is given proper attention; and Bion’s attempt to creat an extensive psychoanalytic epistemology is discusses. Finally Bleandonu guides the reader through the fantasy writings in Memoir of the Future, the masterpiece that is Bion’s autobiography, and his final writings, including the posthumous Cogitations.

Significant reading for anyone with an interest in psychoanalysis, psychotherapy, and the development of psychoanalytic thought, this volume will be valued by professionals and students alike.