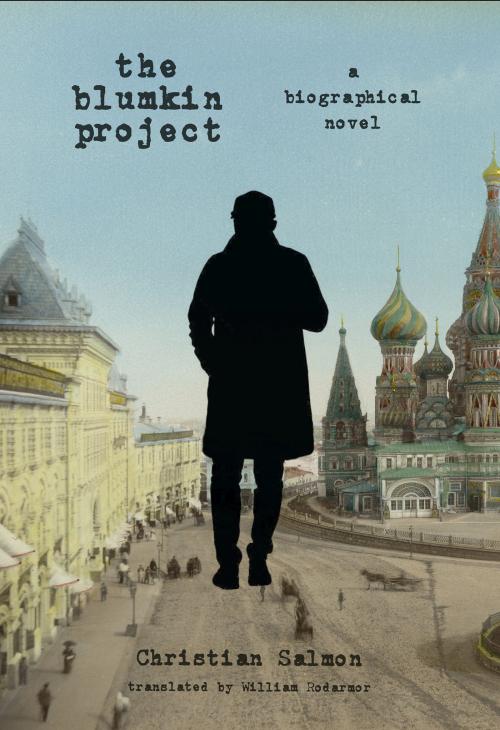 This page-turning biographical novel follows the footsteps of a forgotten legend of the Russian Revolution, from Odessa to Moscow, Istanbul, and beyond.

Yakov Blumkin claimed to have had nine lives. Born to a poor Jewish family and orphaned as a child, he was a Socialist Revolutionary, a terrorist, the assassin of the German ambassador Wilhelm von Mirbach, a poet close to the avant-garde, a member of Cheka, a military strategist, a secret agent, and Leon Trotsky’s secretary. Executed in 1929 on Stalin’s orders at the age of only twenty-nine, he has continued to inspire a powerful curiosity, and wild rumors and falsehoods about his extraordinary life abound today.

As a young man in 1980s Paris, Christian Salmon identified strongly as a Bolshevik, drawn to the glorious October Revolution immortalized in literature and films such as Warren Beatty’s Reds and Sergei Eisenstein’s trilogy. Picking up the thread of his dream thirty years later, he sets out to reconstruct Blumkin’s shadowy past and ever-shifting identity with a trove of manuscripts, documents, rare photographs, and personal souvenirs.